@
AV Myth #11: "Some autonomous vehicles are general, while others are specialized." Fact: There is no such distinction. All AV companies are pursuing the same ultimate goal. 1/n

AV Myth #11: „Some autonomous vehicles are general, while others are specialized.“

Fact: There is no such distinction. All AV companies are pursuing the same ultimate goal. 1/n

The ultimate goal is an AV that can drive where most people want to go, for a price that most people are willing to pay, with better safety than most human drivers. 2/n

Some say that an AV that uses maps is „specialized,“ while an AV that doesn’t use maps is „general.“

This argument fails under light scrutiny, because maps are actually cheap and easy to make, and have never been a bottleneck for AV development. (https://twitter.com/warren_craddock/status/1565782559656517633) 3/n

Some say that AVs that use AI / ML / NNs are „general,“ while AVs that use „hard-coded rules“ are „specialized.“

This argument also fails under light scrutiny, because literally all AV companies use AI / ML / NNs – all of them, every single one! 4/n

This argument also fails, because every AV that uses lidar or radar also uses cameras.

If the use of cameras makes an AV „general,“ then all AVs are equally general. 5/n

Some say that „solving vision“ is what makes an AV general, but this isn’t a meaningful statement.

Vision can be decomposed into dozens of independent tasks, like detection, classification, segmentation, localization, etc. 6/n

Every AV has to do all of these vision tasks to make sense of any of its camera data. For example, you can’t do classification („what is in this image?“) and skip localization ("where is it in the world?).

All AVs use cameras, and all AVs must do all the same vision tasks. 7/n

Some say that a „specialized“ AV deployed in one area must be completely re-made to work in other areas.

This is just clearly false; after all, the main complaint that suburbia isn’t cool is, well, that suburbia alls looks pretty much the same. 8/n

And road users are the entire remaining challenge of AVs today. 9/n

In summary, all AVs are equally general. They’re all pursuing the same ultimate goal, and they all have to solve all the same problems. 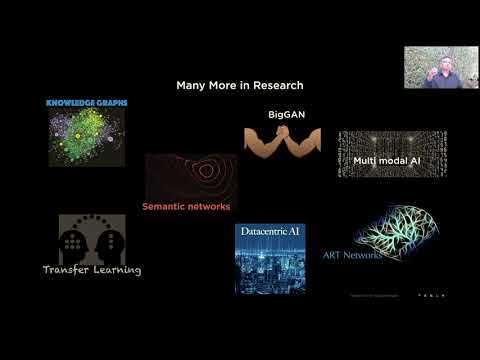 Their first flight clearly demonstrated capability. Their design, or something based on it, could clearly fly. Two bike repair guys had a stroke of genius!

Was the work done? Not even close.

The development of safe, reliable flight, available to the masses at economical prices, required a literal army of people.

Think of the millions of people who contributed to aircraft reliability over the decades: everything from metallurgy to engine design to avionics.

If city streets were empty, just a static world of lanes and curbs and traffic lights, AVs would have been done 10 years ago.

If everyone on the road followed all the laws to the letter, AVs would have been done 5 years ago.

Making the AV reliable is the only remaining challenge in the AV industry.

„Making the AV reliable“ is 99.9% of the problem, just like it was with powered flight.